This album is a review of what exactly happened, when I finally found a beautiful house to live in, in the town Hellevoetsluis. During this period, I was constantly forced into all kind of directions by the local managers, because they did not understand who I really was. It sure has been a heavy spiritual fight with them, to bring them to conscious with it. In the end, this led to the free signing of my contract for Natuurmonumenten at the isle Tiengemeten. 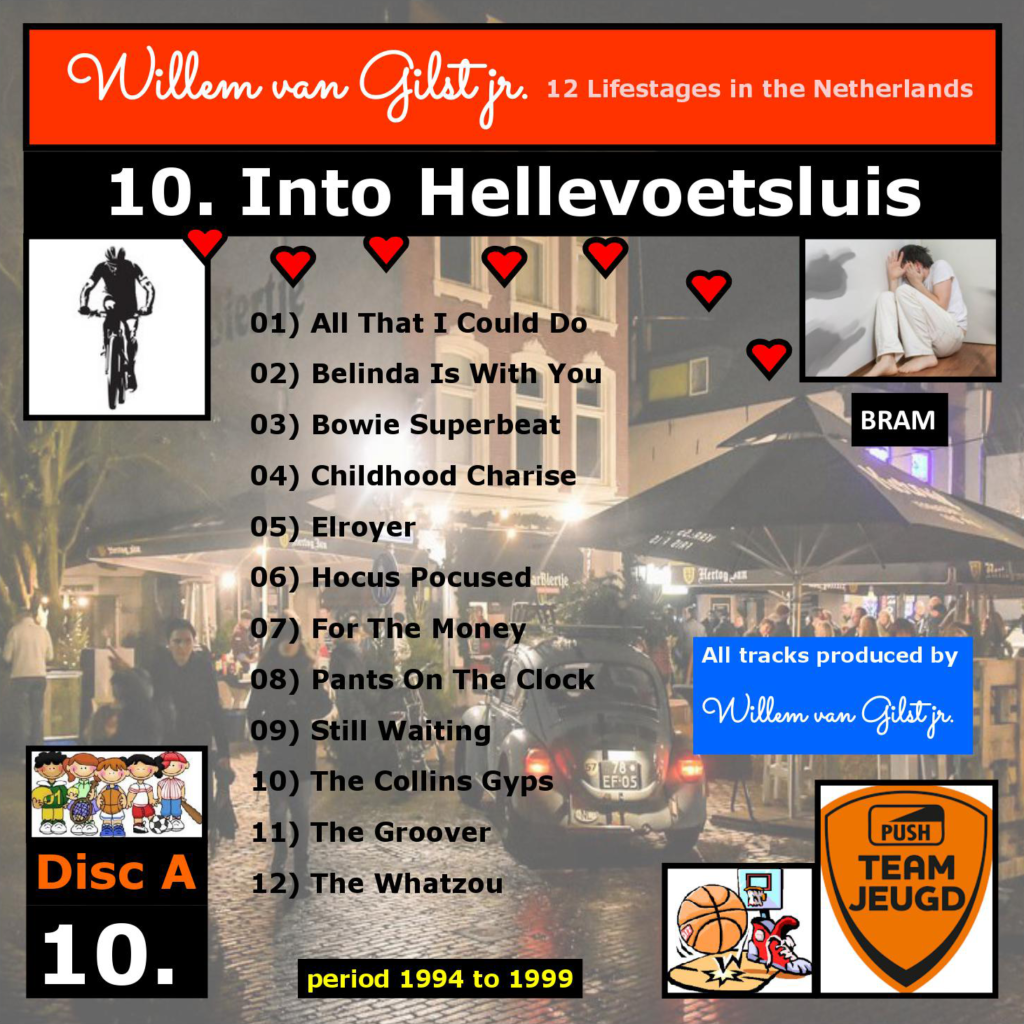 During this time in daily life, there were many problems with other youngster groups in this town. It was really a crisis there in those days. They were all younger than my boys & girls whom I have spoken of. I did not personally know all of these kids, but I was very concerned in their well-being, just as was the case with my befriended youngsters before, but in a much wilder rougher attitude and the mayor and political parties could not solve these problems. So, in the first years of being an official citizen in Hellevoetsluis with a real home there for myself, I became professionally involved as a social worker, to help solving these very difficult conflicts with these kids. I again signed a contract for it. This came about in collaboration with Milieudefensie in Amsterdam and was co-signed by Wynand Duyvendak. I have still kept this original contract in my archives at home. I cherish it, because within this context I was the only person in the Netherlands contracted like this, as a sort of test case. The circumstances were very different this time and I had been helping the organisation “Push” in a most generous way, the team of professionals in Hellevoetsluis, who worked daily on these subjects, but also could not really solve the problem at first hand. So that is where I stepped in and it was heavy I can tell you, but we solved the problem! (More on this later and I especially want to thank Richard Poppelaars for his beautifull Hellevoet pictures! He has an enormous quality archive of this sort of material.)