This album contains all of the material originally created during the love relationship with my former girlfriend, Anja Werndly. You can say the love of a lifetime. It has been very beautifull and special as lovers. But it was also a typical “Her mother and father! didn’t like me anyway” affair. I had this doubled during these years. That was not easy. It was heavy. During that period, this music composed, was intended to be published, to complete a special project I was working on in favor of her. Anja never really knew about this, because I wanted it to be a surprise. It all happened in the mid-eighties. Therefore, the instruments and equipment that I used was typical for the era, containing all kind of “Synth pop” gear, but in my own typical formula. For instance, I also made extensive use of the Wurlitzer 200 A piano. This was at the same time a technical study for me. The combination of these typical musical instruments, thanks to studying the music of Jan Hammer and Nik Kershaw. 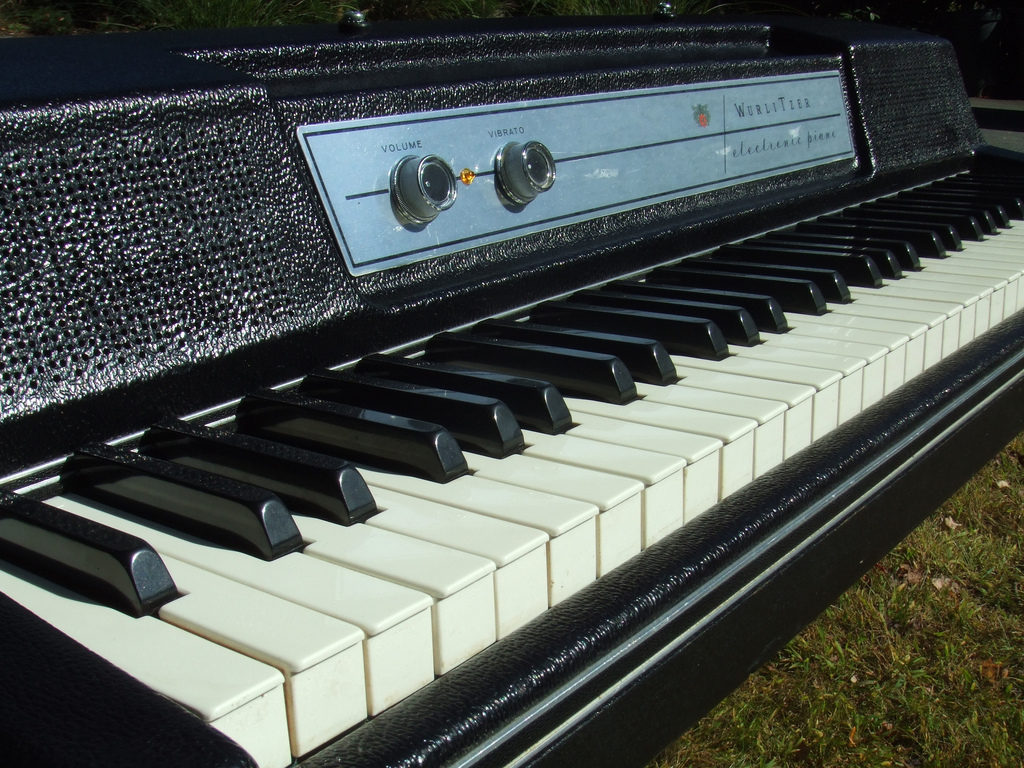 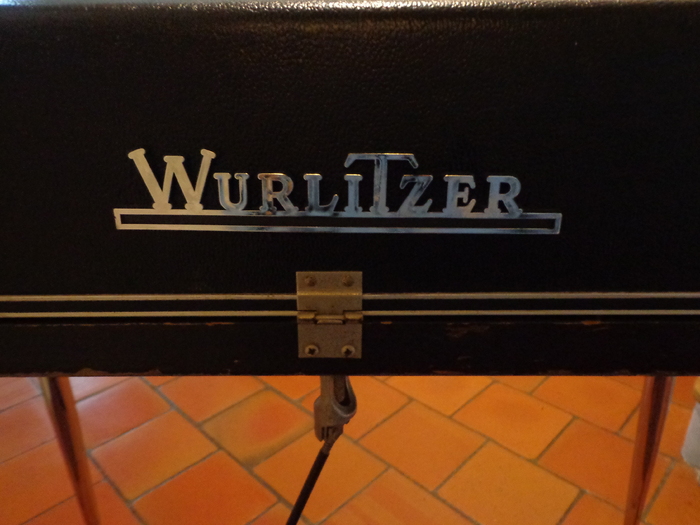 In later times, I created all kind of new material, related to this very emotional love story looking back on it, also because of my clairvoyance, using similar equipment in combination with the Fairlight CMI technique. This material is also gonna be part of this album.

The wellknown artist Chris Rea and his music plays a prominent role, because Anja was probably his greatest fan during these days and I had arranged for her, thanks to my times with Mojo concerts, a backstage ID for one of Chris Rea’s concerts in the Netherlands, where I took her on stage before the show, so she could see and enjoy all of Chris his instruments and backline equipment. She had never experienced something like that before and in those days, she was always wearing long beautifull hair.

Bacause of Anja her fanship for Chris (she had all of his records), I had been studying on his music and lyrics. This helped me in a way, with my esoteric studies and towards becoming a clairvoyant and she became really jealous of that, because I found out more about Chris than Anja had. Another aspect was, that she could by no means be happy with the normal things in life. That if we would go for a holiday, it had to be at least a cruise. If we would look for a house to live in, it sure had to be something like the Whitehouse. This was very boring for me, because it just didn’t have a real heart to it. In my opinion it never will, if you only go for the money involved. In this way, she has been doing many many strange things, this being extremely stressfull and bringing degradation to me, as an of origin happy joyfull person. 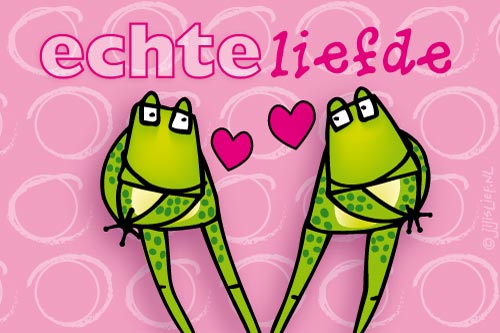 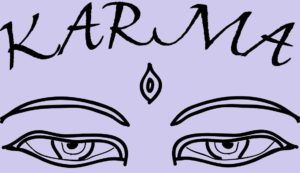 First being “wired to the moon” for ever, which made me play the Christ for her, blocking my own happiness in life. Later, only gold and dollars would do, setting me back in my original personality. She also did not do anything on studying Chris Rea’s life in the real sense of the word. Because if she had done this, she would have found out, that Chris has had a similar love relationship just like ours. He describes this in his artwork. Especially the song “Steel River” is a sort of a twin reflection in this, because for Anja and me it was “making love with a Chris Rea record playing” including the whole rest of the story. Unbelievable actually. Therefore, this love story has been fatal for me for a further career in music and so yes, you can say that Anja brought a lot of damage to my personal life.

The angels of the heavens explained about this to me in specific dreams at night. They were the ones at forehand, who arranged us meeting each other in real life on this planet and later, after the break took place, they showed to me, that one day it is going to cost her a very lot of money and a very lot of hard work, to level all this black words on the forehead karma of hers, created during our intense love affair, maybe somewhere in a next incarnation. Who knows? This is something inevitable. Once, I was her prince charming on a white horse, but in this life, it is probably not going to be “I’m only loving you again”. 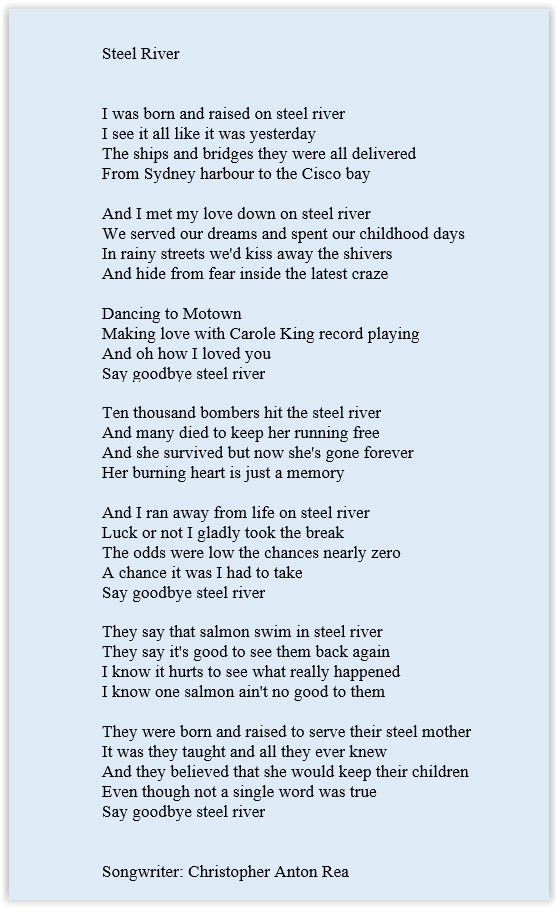 Because when at that time I sometimes touched upon a spiritual subject together with her and named for instance the name of Christ, her eyes suddenly could turn pale blue in steel hardness and she stared straight ahead in an angry mood. Anja absolutely did not want to have anything to do with it. This, of course, due to her experiences within the church of the village of Zuidland, where she lived with her family at that time. That sure played a role.

If you take a good look at her picture of now, you will see that that steel hardness has now changed in her eyes, in search of as much money, luxury and luxury and more luxury as possible and in a mood of great arrogance with herself. Currently I could not even be friendly with her in this respect. Anja Werndly now lives constantly with Lucifer and Ahriman energies in her mind and that is very different from being conscious with the energy of the Christ.

Nevertheless, I have to say that the tension and interaction within our intense love relationship, speeded up my personal development enormously, charismatically spoken. Therefore, it happened that in the autumn of 1987, I became one of Netherlands clairvoyants. The last segments of the Chakra’s involved opened up inside me, because of this speeded up process thanks to Anja Werndly interaction. Just after that, our relationship ended very very painfull in a big crash and I gladly took the break just like Chris. 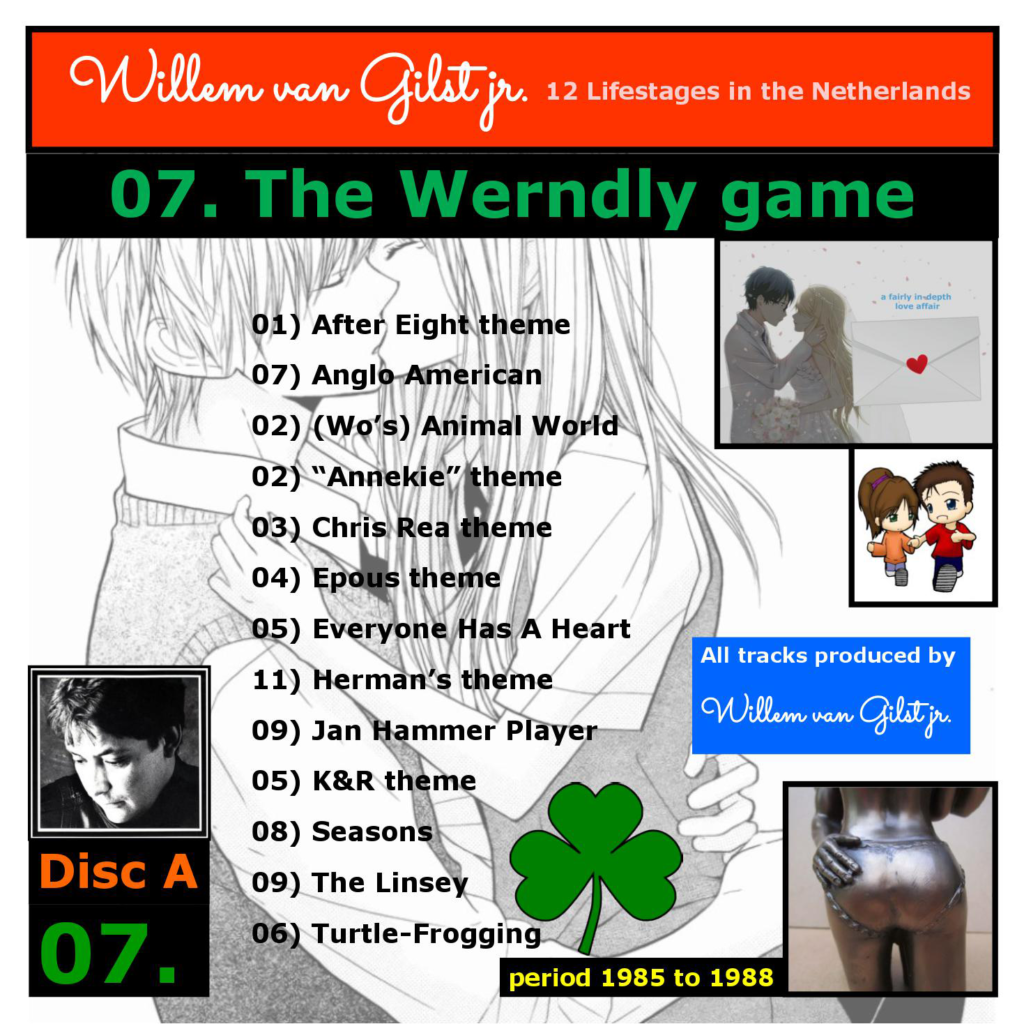